Mattie is chosen to play Romeo opposite her crush in the eighth grade production of Shakespeare’s most beloved play in this Romeo and Juliet inspired novel.

Mattie, a star student and passionate reader, is delighted when her English teacher announces the eighth grade will be staging Romeo and Juliet. And she is even more excited when, after a series of events, she finds herself playing Romeo, opposite Gemma Braithwaite’s Juliet. Gemma, the new girl at school, is brilliant, pretty, outgoing–and, if all that wasn’t enough: British.

As the cast prepares for opening night, Mattie finds herself growing increasingly attracted to Gemma and confused, since, just days before, she had found herself crushing on a boy named Elijah. Is it possible to have a crush on both boys AND girls? If that wasn’t enough to deal with, things backstage at the production are starting to rival any Shakespearean drama! In this sweet and funny look at the complicated nature of middle school romance, Mattie learns how to be the lead player in her own life. 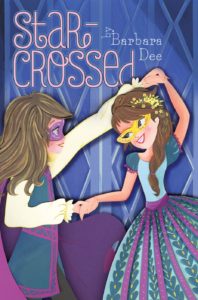 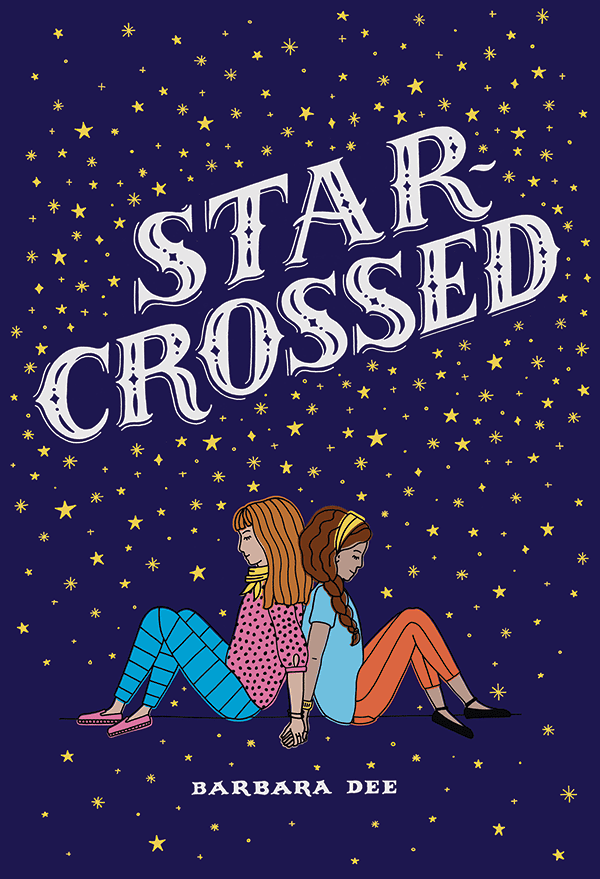 “A sweet story of young love amid middle school theatrics. Mattie’s genuine inflections and stream-of-consciousness narrative resonate well with the early-adolescent experience. Readers cannot help but root for Mattie as she discovers bravery she never gave herself credit for, both onstage and in life.”

“A sweet coming-out story for jr. high readers. The clever Shakespeare content is a bonus…VERDICT: A fine choice for middle school libraries in need of accessible LGBTQ stories and a great option for students reading or performing Romeo and Juliet.”

“A star student falls for the lead actress of her school play in this welcome addition to the middle grade LGBTQ bookshelf…Dee thoughtfully dramatizes the intricate social performance of middle school, with its secret crushes and fierce rivalries. The book benefits from a memorable cast…Mattie’s narration is intimate and believable, and readers will be pleased to watch her grow from spectator to star.”

“Barbara Dee perfectly captures the awkward passions of a first crush. A surprisingly tender coming out story with subtle parallels to the original star-crossed lovers.”

“Star-Crossed delighted me! Barbara Dee has a light touch and a pitch-perfect middle school voice. This book will have you laughing and groaning in sympathy with crush-addled Mattie and eagerly turning pages. Mattie and her classmates charmed me with their kindness, their humor, their uncertainty, their devotion to one another and to—Shakespeare! Barbara masterfully sprinkles the bard’s words over the narration and stirs the troubles of Romeo and Juliet into the plot. And those Shakespearean insults! Be sure to read Star-Crossed or you’ll miss out.”

“Star-Crossed takes the drama, humor, friendships, misunderstandings, and romance of Romeo and Juliet and transforms them perfectly to the middle school stage. One word about this honest, heartfelt middle-grade novel for the theater geek in each of us? ‘Encore!’”

“Barbara Dee’s Star-Crossed is a love story, a rallying cry for girl-power, and a Shakespeare lover’s dream come true. When I finished reading, I had a huge smile on my face and a lightness in my heart.”

“Star-Crossed by Barbara Dee cleverly draws from Romeo and Juliet, providing readers with an insightful introduction to Shakespeare while exploring the complexities of young love. Readers will root for this relationship.”

“An especially great novel for intermediate and middle-school readers who themselves might just be starting to explore how they feel.”

Looking for Queer Girls On the Shelves, Horn Book

“(One of) my favorite new romance books for grades 6-8…With a supportive cast of characters, author Barbara Dee creates a sweet coming of age story with the theme of accepting yourself.”