Zoe can solve codes–but can she solve her weird middle school?

Zoe Bennett feels lost at her fancy private school. She’s not the star drama queen, like her sister, or a brainiac math genius like her brother. Luckily her best friend, Dara, is just as content as Zoe is to stay in the shadows–or is she? When Dara gets a part in the school musical, Zoe feels abandoned. What’s worse, she’s practically being stalked by the weird new kid, Lucas. When he accidentally drops his notebook, Zoe finds it’s written in symbols and numbers–it’s complete gibberish. And yet she sees her name in there, plain as day. Now Lucas is telling her she’s a natural code-reading genius–or some kind of mental freak.

As Zoe’s daydreaming lands her in trouble at school, anonymous notes start to appear in students’ lockers, and they point to Zoe as the number one suspect. Solving word puzzles may come easily to her, but now there’s more at stake–will Zoe be able to solve her way out of this?

With plenty of wit and insight, Barbara Dee has created this fresh, funny story of a girl who discovers that fitting in sometimes means standing out. 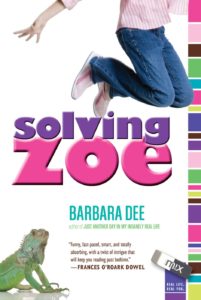 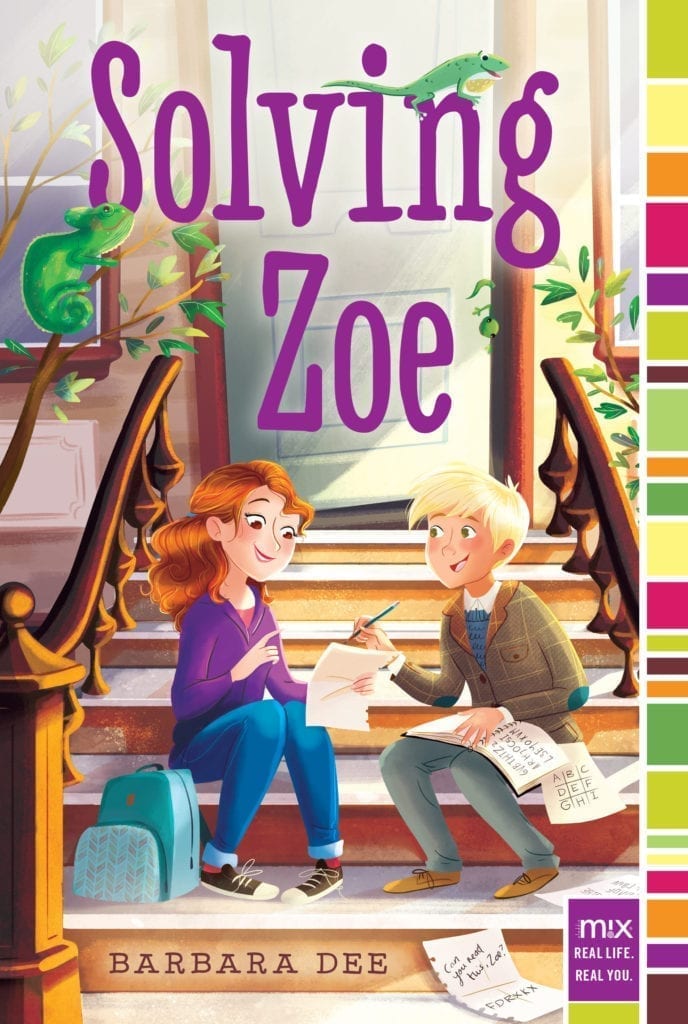 “..this vivid middle-school novel offers readers plenty to think about.”

“Zoe’s reactions are believable, and readers will follow along as she gains confidence and tries to figure out what she wants and where her passion lies.”

“Zoe is a likeable protagonist, and the plot is unique.”